Triberg is located directly on the Black Forest Railway and is famous for its thunderous waterfalls. The water masses of the Gutach plunge over steps 163 m in depth: Germany's highest waterfalls are a magnificent natural spectacle and accessible all year round daily. The evening lighting until 22.00 clock allows also late excursions.

With the construction of the world 's largest cuckoo clock, the Master watchmaker Ewald and Ralf Eble from Triberg-Schonachbach their skills to the extreme. They have built a cuckoo clock in completely new dimensions according to old, original blueprints: in keeping with the old craft tradition, but in

60 times the size! They have mastered all technical difficulties with flying colors, in particular the task of mechanically driving the hammer mechanism. The dimensions are truly impressive: the clockwork measures 4.5 x 4.5 m, the cuckoo is 4.5 m long and weighs 150 kg, the pendulum length measures 8 meters and the weight of the movement is 6 tons. A visit to the cuckoo clock in the purpose-built house makes this craftsmanship really walkable. Attached is the Eble watch park, which displays over 1,000 square meters of original Black Forest clockwork from its own workshop. Here you will find grandfather clocks, wall clocks, cuckoo clocks from our own master workshop, gifts and souvenirs.

The Hexenlochmühle was built in 1825 and is one of the beautiful, typically old Black Forest mills - romantically located in a small valley, the witches hole, between St. Märgen

The summit offers in good visibility a beautiful view of Hochfirst, Feldberg, Belchen, Schauinsland and Kandel. In the south, the Swiss Alps range from Säntis in the Appenzell Alps to the "triumvirate" Eiger, Mönch and Jungfrau in the Bernese Oberland, in the northwest the Vosges Mountains from the Gazon de Faîte to the Mont Sainte-Odile and in the east the eaves of the Swabian Alb of the Zollernalb to see the Hegaualb. Together with the north following Rohrhardsberg the Brend forms one of the largest and with over 1,100 m height the highest plateaus of the Black Forest. The plateau is one of the largest natural areas of the state of Baden-Württemberg, which are not cut by roads. The development is done by a few streets. The summit itself and a large barbecue area can be reached by car from Furtwangen or Gütenbach. The lookout tower on the Brend was built in 1905. The tower itself is round and made of granite. You can climb the tower, which is about 17 meters high, via a spiral staircase on the outside and in the upper half inside. The lookout tower has many a railroad friend scaled down at home because it serves as a template for a corresponding model.

The observation tower was built in 1894 on the hill (1069 m above sea level) near Furtwangen- Rohrbach. From the viewing platform at 25m altitude offers a beautiful panoramic view over the middle Black Forest to Feldberg, on beautiful days to the Swiss Alps or the Vosges. The tower with adjoining hiking home is located directly on the middle path Pforzheim-Waldshut.

The Feldberg (1,493 meters) is the highest mountain in Baden-Württemberg. It also represents the highest elevation of all German low mountain ranges, and is thus the highest mountain in Germany outside the Alps. The mountain in the southern Black Forest also serves as the namesake of the associated municipality Feldberg. The largest part of the Feldberg area has the status of a nature reserve due to its subalpine vegetation. [5] The nature reserve Feldberg is the oldest and largest nature protection area of Baden-Wuerttemberg and is supervised since 1989 by a full-time conservation guard (Feldberg Ranger)

The Black Forest open-air museum Vogtsbauernhof in Gutach is the oldest open-air museum in Baden-Württemberg. It represents the life, living and working of the people in the Black Forest in the last centuries. The open-air museum takes its name from the Vogtsbauernhof, which stands here since 1612 and whose owner was around 1650 Talvogt in Gutach. Hermann Schilli founded the museum in 1963 with this Black Forest house. Over the years, additional farms were added, which were mined at their original location and rebuilt in the Museum Vogtsbauernhof. This is complemented by numerous functional buildings such as mills, storage, bakery houses and saws. Farm animals of old breeds also live on the approximately 5.5-hectare site of the museum.

Toboggan run Gutach - the Schwarzwaldbob. The toboggan run Gutach in the Black Forest awaits you with a very special treat - pure tobogganing fun on more than 1,150 meters! Get into the Schwarzwaldbob, one of the most interesting toboggan runs in the Black Forest. The lift takes you 300 m uphill, downhill into the roundabout, over jumps and through tunnels. A fun and fun for the whole family.

Park with all senses Gutach

The Mummelsee is a Karsee in the Black Forest. It is 3.7 hectares, 17 meters deep and is located at 1028.5 m above sea level. NN. [1] It is located in the municipality Seebach near Achern in the northern Black Forest. The lake is one of the most visited lakes in Baden-Württemberg, as it is located directly on the Black Forest High Road. It is bordered on the west, north and east by steep, wooded mountain slopes and has a circumference of about 800 meters. To the west, the lake shore rises to Katzenkopf (1123 m above sea level) and north to the Hornisgrinde, the highest mountain in the northern Black Forest at 1163 meters. Only to the south are the shores of Lake Mummel (almost) flat, there are the Berghotel Mummelsee and the nearby St. Michaelskapelle. The name of the Mummelsee goes according to the municipality Seebach back to the white water lilies, popularly called mummels, which used to be numerous there.

The Dorotheenhütte is the last active Mundblashütte of the Black Forest. Watch the glassmakers and glass grinders. Stroll through the museum, the large glass country with decorations and gift ideas around the laid table or visit the year-round decorated Christmas village. Master glass art: At 1400 ° Celsius, quartz sand becomes liquid glass.

Glass Museum The glass museum shows some 2,000 years of glass history and presents numerous glasses from old, long-lost Black Forest glassworks. Also worth seeing is the collection of historic Christmas tree decorations, the largest of its kind in the entire region. Glass bubbles for visitors

Blow yourself a vase as an unmistakable memento. The glassmakers will help you.

The large Black Forest Railway is the only double track mountain railway of the Deutsche Bahn AG. An outstanding position she receives because of her many tunnels. It is considered the most beautiful low mountain railway in Europe and has been operating since 1873 between Karlsruhe and Konstanz. It overcomes in the core between Hornberg and Sommerau on 11 km as the crow flies a height difference of 448 m and leads in large loops through 36 tunnels. Opposite the Hausacher station is the Black Forest model train. In a large hall, the visitor encounters the largest European model railway system based on real models: the famous Black Forest Railway in miniature. A true masterpiece is the model. Train sets of past decades drive on the HO track at 1300 meters Roco lines of tracks and manage a difference in height of 1.80 meters. Bridges, tunnels and stations are replicated on a scale of 1:87 and embedded in a beautiful Black Forest landscape. The Black Forest model railway covers a total of 400 square meters. It's not just children's eyes that shine when miniature locomotives drive the route, when there are shifts or when some trains have priority.

The Bird Park Steinen is a bird park in the southern Black Forest. It is located in a valley in the municipality of Steinens between the districts Schlächtenhaus and Weitenau. The site covers an area of ten hectares. In the vicinity of the park entrance is on a small hill, easily accessible for everyone, the falconry plant with about 600 seats. From here you have a magnificent view of the charming landscape that surrounds the bird park Steinen. A special experience for young and old are the daily, sensational bird of prey flight demonstrations with eagles, falcons and owls. After the bird of prey flight demonstrations, the moderated Barbary Monkey Feeds, Experience the close contact in the walk-in berber monkey enclosure with our funny Barbary monkeys. Here you get free food. A great fun not only for children, but also for adults.

Games and fun and lots of adventure's in the Black Forest Park in Löffingen. In addition to nature, a variety of rides provide variety: water boat, toboggan runs, rafting, Oldtimerbahn, driving school, go-carts and much more. For the youngest guests there is a pirate castle with cable, excavator, trampoline, a "swimming pool" full of colorful balls on a generously designed playground in and around the "Villa Kunterbunt" around. In addition, the indoor playground Sammy's jungle land is worth a trip not only on rainy days. 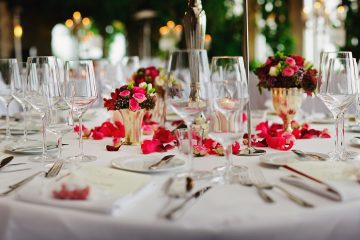 Restaurants in the immediate area

Our restaurant recommendations For lunch or dinner, there are many nice restaurants in the immediate vicinity with German and international cuisine. Here is our list with linking and distance indication. o Restaurant Galleria and Restaurant Hils (only 10m Read more... 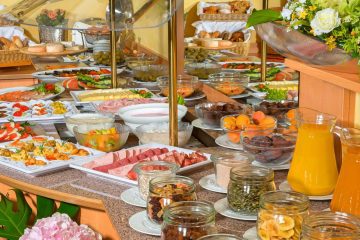 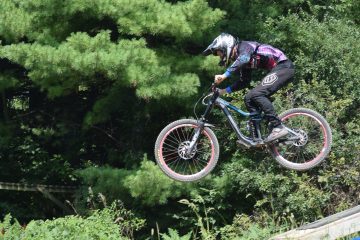 Experience the holiday country Black Forest from its best side Aufsitzen. Start-ups. To reach your own limits. Feel how the adrenaline rushes through the body and tickles the senses wide awake. Unadulterated driving fun with all that Read more...

The banner note serves for this information obligation.

You can prevent the setting of cookies in your browser settings in general or for certain websites. You can find instructions for blocking cookies here.

WordPress plugin development of BST Software
This site uses cookies to improve usability. By using this you agree.
Data protection